E-rigs, also called electronic rigs, are devices used for vaporizing dabs. The Daab e-rig is a top-tier vaporizing tool that delivers perfect hits. With sleek contours that enhance gripping, an all-glass airflow path, and induction heating, this device will allow you to savor your concentrated cannabis forms. Instead of regular titanium bangers that are used in traditional dab rigs, the Daab features borosilicate glass cups, specially designed for induction heating, and optimized for the preservation of vapor integrity. The Daab has excellent temperature control features, which allow you to enjoy delicious hits at both low and high temperatures. The Daab is sleek and stylish, and as a dabbing accessory, it has outstanding functionality. 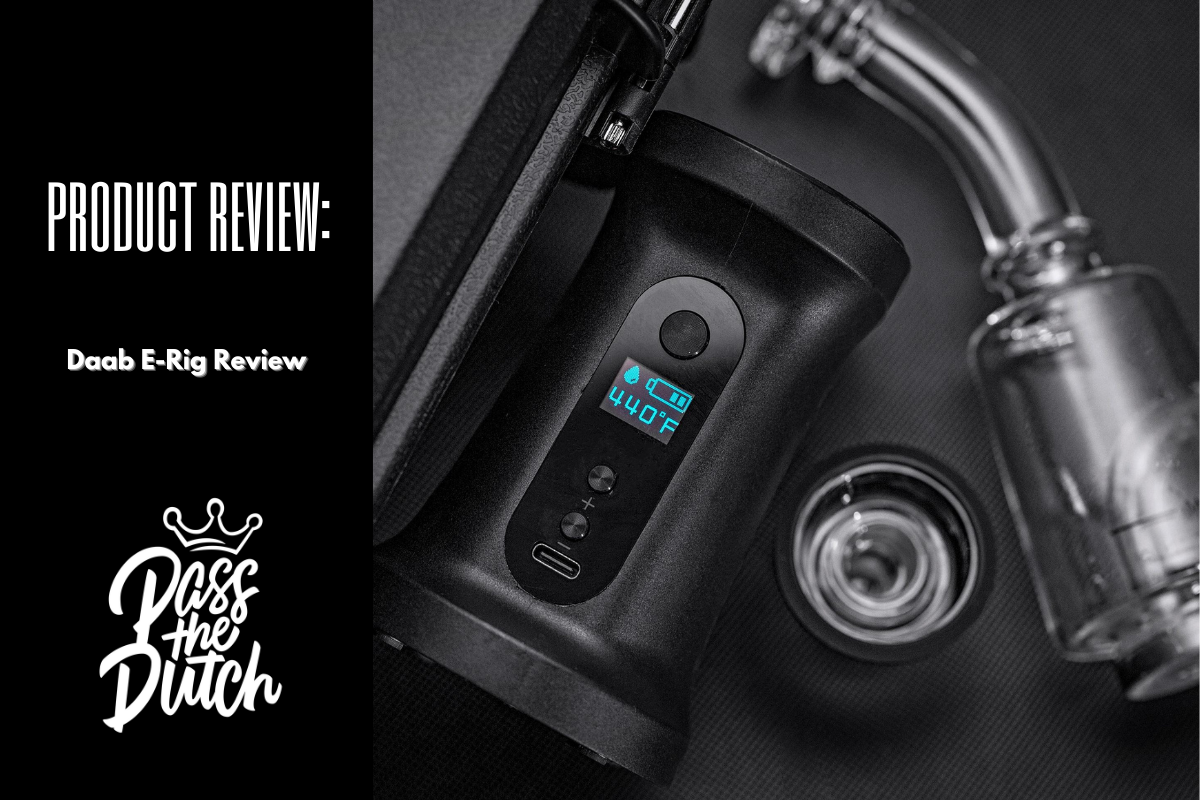 Features of the Daab E-Rig

Dab rigs are used for ingesting dabs. With a traditional dab rig, the nail is heated with a blowtorch, and then dabs are added onto the nail to form a vapor. But, an e-rig makes for fast dabbing considering that the banger is heated electronically. The Daab is a late-model dabbing accessory that is optimized for performance. The following are some of its features:

In traditional dab rigs, the banger is typically heated with a blowtorch, and this heating method has plenty of room for mistakes. But, e-rigs have automated heating mechanisms, and are thus ideal for inexperienced dabbers. The Daab dabbing accessory utilizes induction heating, which is a safe and effective style of heating the borosilicate glass cups. With this automated heating mechanism, the dabber gains more control in heating their concentrates, which enables them to achieve desired effects. Apart from preserving vapor integrity, induction heating has excellent thermal response qualities, meaning that it can oscillate between varying temperatures relatively fast, and allow you to take draws of vapor at both low and high temperatures. Another way that induction heating improves the vaporizing experience is by limiting the passage of hot air through resources during vaporization, thus keeping the active cannabinoids intact. If you heat the banger traditionally, you can inadvertently damage cannabinoids, and thus minimize the potency of your dabs.

Easy to clean: when you vaporize your favorite concentrates, you have to deal with some residues that can potentially stain the banger. Borosilicate glass is nonporous and anti-stick, thus making it easy to clean.

Heat resistant: even if the heat would be raised to high levels, there’s zero likelihood of borosilicate by-products mixing with cannabis vapor, ruining your vaping experience, or worse putting you at health risk. If you set the temperature to a high degree, you’ll only damage the active compounds of your concentrates.

Low thermal expansion: as a dabber, you appreciate controlling how you heat your concentrates to customize your vaping experience. Borosilicate has a low thermal expansion, which allows you to oscillate between varying degrees of temperatures, and achieve your desired vaping results.

Cannabis joints and blunts usually produce heavy, hot smoke. If you’re an inexperienced cannabis consumer, the hot smoke can shock your throat. But, if you smoke cannabis out of a water pipe, the smoke is light and cooling, and wouldn’t irritate your throat. The Daab device has a water chamber that enhances filtration and cooling of vapor, thus allowing you to enjoy smooth draws.

Cool and smooth hits: when you convert dabs into vapor, the vapor is typically hot, but then it’s channeled into the water chamber, where the vapor becomes cool and passes into your mouth as a cool, smooth hit.

Clean hits: if the borosilicate glass cups have residues, your next vaping session might contain ash-ridden vapor. But, once the vapor is channeled into the water chamber, the ash is trapped by the water, so that you take smooth, clean hits.

Fun: as a dabber, you’re not just trying to get high, but you’re looking to have a wonderful vaping experience. The Daab water filtration system produces bubbling sounds as you take a hit, adding to the fun.

Traditional dab rigs require you to use a blowtorch to heat the nail and considering that the blowtorch can achieve extremely high temperatures, it becomes a potential danger. When you’re holding a blowtorch to a banger, different things might happen and create a horrible scenario. But, e-rigs or electronic rigs, don’t require you to use a blowtorch. The Daab e-rig utilizes induction heating, a system with control features, and one that allows you to customize the vaping experience. The borosilicate glass cups are heat resistant and have a low thermal expansion, and thanks to the temperature regulation features, a dabber can try different vaping experiences, without putting themselves in danger.

If you’re the type of person that’s always traveling and would like to dab concentrates while on the move, you need a portable dabbing device. Traditional dab rigs have a large build, require accessories, and are generally not portable. However, the Daab device has a modest and cohesive design, which makes it handy and manageable. With the Daab device, you won’t need a blowtorch to heat the banger, as it utilizes induction heating, thus granting you more control. The Daab device is ultra-portable and easy to use.

Electronic rigs need to be charged to be able to function. The Daab device is battery-powered, and it includes type-c charging ports, making for fast charging. Type C chargers are compatible with many devices, and they are versatile, and make the Daab device more convenient.

How to Use the Daab Device

The Daab is an innovative dabbing device that utilizes induction heating. Induction heating entails electromagnetic currents that uniformly heat the surface area without wasting any heat energy. With induction heating, there are no flames, no mess, and your dabs are smoothly converted into vapor. The Daab device has a top-grade case, flawless contours that enhance gripping, and high portability. With excellent temperature control features, the Daab device will allow you to enjoy smooth draws of vapor and enhance your vaping experience. The following are steps for using the Daab device:

Step 1: Set up your dabbing space. You need a flat and steady surface to ensure that your Daab device isn’t destabilized. You can use a dab mat for easy handling of the tools and ensure there aren’t any flammable materials around.

Step 2: Load in your dabs. Scoop some concentrates with a dabber and drop them onto the glass cups, and spread them consistently to ensure that they are heated uniformly.

Step 3: Turn the heat on. Press the power button and set the temperature at which you wish to vaporize your favourite concentrates.

Step 4: Take a hit: once the dabs are sufficiently heated, the Daab device sounds an alarm, which is your cue that the time is right for you to take smooth draws.

Benefits of the Daab Device

Electronic dab rigs provide an amazing dabbing experience. They have a range of unique features that promote quality vape hits. The following are some of the benefits of the Daab electronic dab rig:

Flavorful vapor: some water pipes are made of materials with low heat resistance, and when the bangers are heated, they typically release by-products that ruin the flavor. The Daab device is made of robust material with excellent heat-resistant features, and it allows you to enjoy perfect and flavorful vape hits.

Smokeless: unlike joints and pipes, which produce thick and conspicuous smoke, electronic dab rigs produce a lightweight vapor that doesn’t shock the throat. You only have to load some concentrates, and they become heated consistently to release delicious vapor.

Temperature control: when using a traditional dab rig, you typically hold the flame to the banger, and this can create the risk of applying too much or too little heat. But, when using the Daab electronic rig, you set the temperature at which you want to vape, thus allowing you to customize and achieve precisely the experience that you want.

The Daab device is a superior dabbing tool made of robust material. This unique dabbing tool incorporates an array of features including induction heating, borosilicate glass cups, type-c charging ports, and safety features. The Daab device has excellent contours and portability features, allows you to control the temperature, and helps you customize your vaping experience.