It is only natural for people to strive for something better in life; some would argue that it's even healthy. The yearning for finer things in life is the driving force to get anyone where they desire to be. Likewise, one of the finer things in the bong world is an ice catcher.

If you've ever smoked from an ice catcher bong, you must know why most smokers rarely go back to the traditional bongs. A noteworthy upgrade from its predecessor, the ice catcher bong, takes the smoking experience to a whole new level.

Ice catcher bongs have gained significant popularity over the past few years, and for all the right reasons. Due to the almost fanaticism surrounding ice catcher bongs, we've decided to dedicate a separate article. Read on to discover more about ice catcher bongs, its benefits, and how it elevates the overall smoking experience. 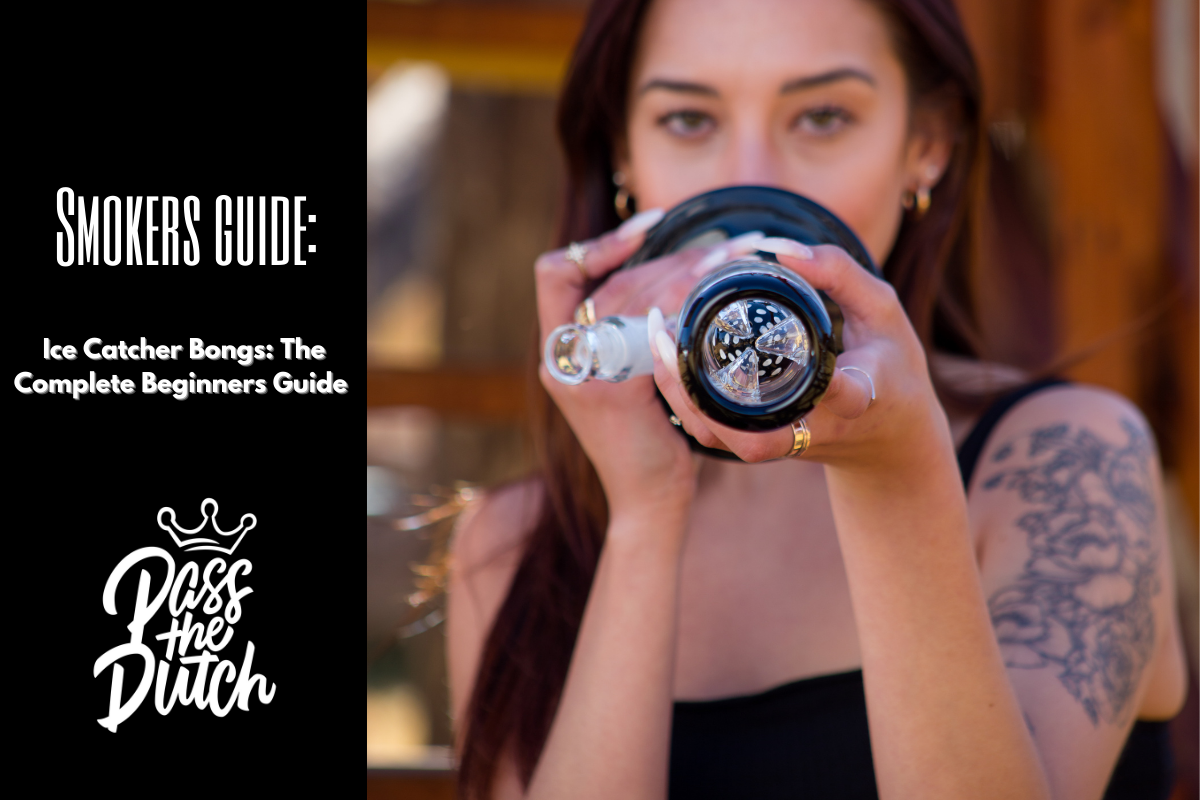 What Is an Ice Catcher Bong?

Simply put, ice catcher bongs are no different from traditional bongs; they've only been modified to incorporate ice cubes into their chamber.

Several weed smokers prefer bongs over other smoking methods, like glass pipes due to one simple reason -- the smoke cooling effect. The filtration feature of a bong cools down the smoke, thanks to its water chamber and percolator. Ice catchers have transformed the scene for smokers who enjoy cooler hits.

An ice catcher is a pinched glass formation present inside the body of a bong that is designed to hold ice above the water chamber. They're typically positioned above all percolators of a bong, and offer final filtration before the smoke flows into the mouthpiece.

Bongs with ice catchers or ice bongs are a must for smokers who like having their smoke extra cool, and over time, they've become a standard feature in new bongs.

Why Put Ice in a Bong?

It is not necessary to put ice in a bong, but doing so certainly helps a lot.

In precisely the same way as ice added to cool a drink, to reduce the temperature of the smoke, ice is added up to a bong's mouthpiece to give smokers a much cooler and smoother hit.

Putting ice in a bong can take its filtration process to the next level and significantly helps to tone down the harshness of the smoke on the user's throat. This is by far the most appealing feature of ice bongs and completely justifies why it's gaining so much popularity in the smoking community.

How Do Ice Catcher Bongs Work?

Ice catcher bongs have a rather simple design and function. They are mostly made up of three pieces of glass that jut from the inside of a bong and keep the ice elevated merely by maintaining balance and keeping it suspended. Smoke moves through the bong's body and will eventually hit the ice, resulting in a lower and more comfortable smoke temperature.

Even a few pieces of ice can add a noticeable cooling impact on the smoke. Nevertheless, a close eye must be kept on the water level in the bong water chamber as the ice will eventually melt and leak into it. To avoid this, remove the ice cubes from the catcher after each smoking session.

Besides considerably reducing the temperature of hot and harsh smoke, there are plenty of other benefits offered by ice catcher bongs.

The ice in the ice catcher works more efficiently to filter the smoke and provides cooler and cleaner hits to smokers. Adding ice to the equation allows users to enjoy cleaner, filtered, and better-tasting hits every time and, thus, take the smoking experience to a whole new level.

It is no secret that several bong users enjoy taking bigger rips because the smoke is filtered. As ice further tone downs, the temperature of the smoke, inhaling a more significant amount of smoke becomes even easier.

Nobody likes anticipating a cool, nice bong rip and instead accidentally receive a disgusting taste of the bong water along with the smoke. Our unofficial, unchecked, but utterly accurate survey shows that people who've come in contact with bong water splashback, have forced them never to try a bong again. Ice catchers have come to the rescue and prevent this from ever happening again by acting as a splash guard.

High-grade borosilicate glass with an ice catcher offers a unique satisfaction to smokers that are hard to value. Smokers can watch the smoking billowing up like they're the Dr. Frankenstein of the bong world, breathing life back into an otherwise routine activity.

New bong technology is pushing the boundary with different styles of ice catchers. Rather than just having a pinched glass, the latest ice bongs have a trapezoid-shaped ice catcher, that act as an ice shelf.

Few typical kinds of ice catcher designs that affect the smoothness and shape of a bong are:

Mostly, bongs come with a three-arm ice catcher as the one's with two arms can allow smaller ice cubes to fall into the water chamber, on the other hand, four-arm catchers can slightly be too tight in the middle. Nonetheless, it truly depends on the diameter of the tube and the thickness of the glass. Wider tubes generally require more arms, or the arms need to be larger in size.

Ice catchers are not only reserved for higher-end pieces; all bongs, regardless of their size and shape, have them. Few of the examples are:

The super-thick beaker bong, available in various sizes, uses a simple smoke filtering approach. The down-stem design feeds straight into the water chamber that diffuses the smoke. The ice catcher is located above the water chamber and can add another layer of filtration.

This bong features a honeycomb percolator that works effectively to filter smoke. The ice catcher is located right above the percolator, due to which the smoke cools down even more.

Do Ice Catchers Make Cleaning of The Bong Harder?

This entirely depends on the design of the pipe. If the ice catcher has several arms or is very close to center touching, the airflow can be restricted if clogged. This can make it challenging to fit cleaning tools into the bong. However, a well-designed ice catcher bong can prevent this from happening. Also, check out our article on the best way to clean a bong to get your bong squeaky clean with or without an ice catcher!

If you choose to smoke from a glass bong, you may as well receive the best possible experience out of it. Head to our shop and explore plenty of available and affordable options and get yourself the piece of your dreams!