What is an Ash Catcher and How Does It Work?

What is an Ash Catcher and How Does It Work?

Revolted by the disgusting smell and taste of charred resin and debris while smoking from your favorite glass bong? Worry not, ash catchers are here to solve your long-battled concern. Keep reading to learn everything about an ash catcher and how it elevates the overall smoking experience for glass bong users. 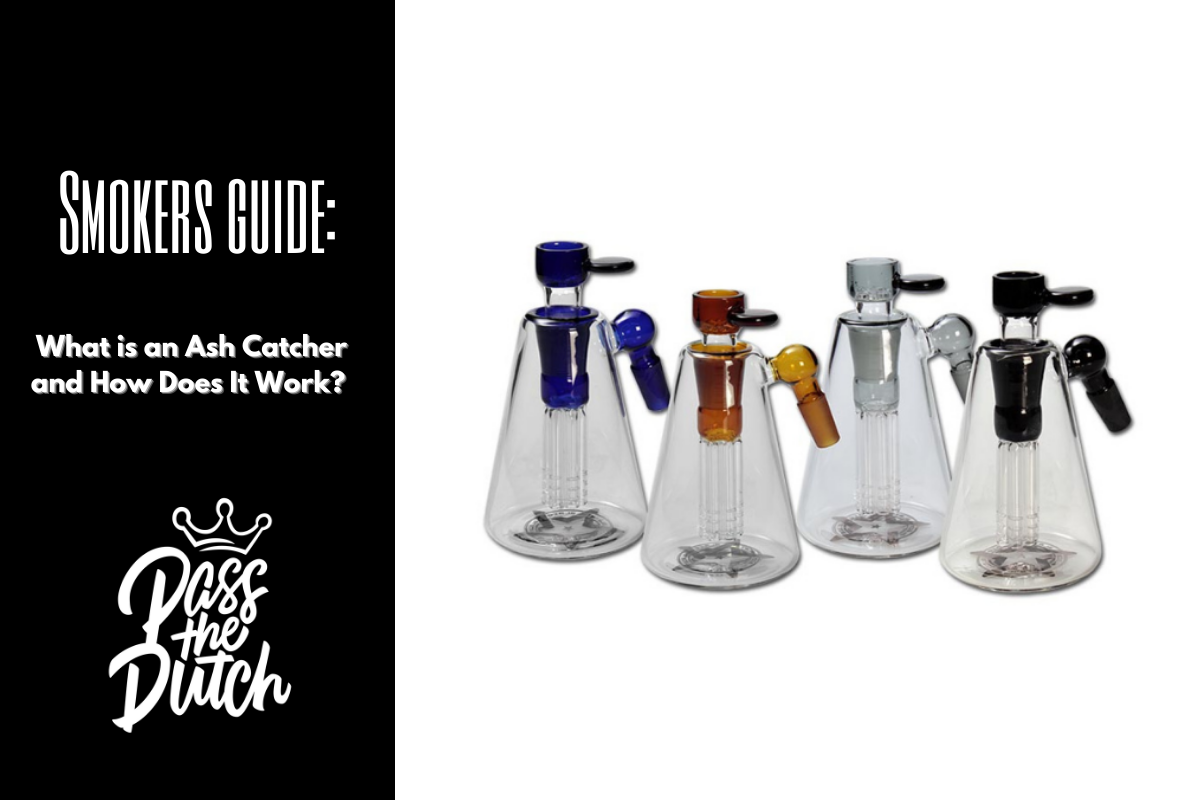 What is an Ash Catcher?

An ash catcher is a bong attachment explicitly designed to keep ash and resin from ending up in the bong water. It acts as a filtering barrier and catches any ash or charred remains that may get sucked through the bowl. The smoke first travels through the ash catcher, which captures debris before it polluted your lungs and the glass pipe.

Several ash catchers utilize the add-on of a percolator to provide an extra layer of smoke diffusion for better-taste and smoother hits and keep your glass piece clean. This double-jointed attachment fits onto bong joints, with the bowl sitting on top.

While using a glass bong over a long period, debris like charred remains and ash from the herb can make their way into your piece. It is not only a hassle to clean, but if it's left there for long, you will ultimately have resin sticking to the walls, floating in the water, and maybe even clogged percolator.

Not only does it smell and look revolting, but it will also significantly degrade the herb's flavor. Thus, to help keep your glass piece cleaner for longer, simply use an ash catcher.

Why Use an Ash Catcher?

The most apparent reason to use an ash catcher is to save yourself from the trouble of cleaning your dab rig or bong very often. Additionally, this accessory offers an extra level of filtration that leads to cleaner smoke for a more pleasurable experience. Due to this, ash catchers are applauded for being low-maintenance accessories for smokers who find the smoke from traditional bongs too harsh.

In addition to this, ash catchers are a brilliant way to upgrade a regular bong without the need to buy an expensive unit with built-in percolators. They are easily removable and can be used with several glass pieces regardless of their size.

When used with other accessories, like regular percolators, diffusion slides, and stems, ash catchers deliver a premium, crisp and clean smoke that is otherwise impossible with a traditional bong.

Ash catchers are perfect for smokers who:

How do Ash Catchers work?

An ash catcher has two joints: one for the bong stem, and second for the bowl. The bowl is inserted through the joint facing upward, while the downward joint is inserted into the stem of the bong.

Depending on the kind of ash catcher, the user may or may not have to add water to the attachment. Ash catchers are also referred to as pre-coolers because they cool down the smoke before entering the water pipe.

An ash catcher can be seen as a bong attached to a bong. The smoke flows down from the bowl and moves into the ash catcher's chamber; as its chamber is isolated from the bong, diffuser, water, or percolator, it snatches the ash and remains particles from the smoke before it passes through the connecting joint. This results in smoke that has less debris, and the bong wouldn't have to do much work to filter the smoke.

On the other hand, there are ash catchers that only act as a water chamber to grab debris and do not do much in terms of cooling the smoke. Then there are few that do not use water at all; for example, dry ash catchers; the absence of water makes it easier to drag while hitting the pipe.

How to Choose the Right Ash Catcher for Your Bong

To choose the right ash catcher for your bong, you must be able to answer a few questions.

To pick the right ash catcher, one must know all four. It might seem complicated, but most manufacturers produce pieces that are standard shape and size to provide compatibility with attachments and extensions like ash catchers.

Size: Bong joints generally come in three standard sizes: 10mm, 14mm, and 18mm. You must match your bong's joint size to that of an ash catcher to get the perfect fit. In case you bought an attachment that is of the wrong size, you can always use a joint converter to help.

Angle: Generally, joints are either sitting at a 45- or 90-degree angle. Getting the wrong angle will make the ash catcher useless as it could prevent the perc from functioning correctly or make the bowl hard to remove.

Gender: Bong's joints are either male or female that need to be matched with its opposite to get the right fit. Female joints sit on top of male joints and make joints slide inside female joints. Therefore, before getting an ash catcher, make sure you know what the gender of your bong joint is.

If you are content with your current cleaning routine and setup, you do not need an ash catcher, but we unquestionably recommend one if you are sitting on the fence. It will definitely make your smoking experience more relaxing and will surely tone down the cleaning time. Thus, we suggest every smoker add this small but extremely useful accessory in their smoking gadget arsenal.